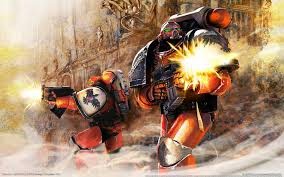 Now that I'm getting back into the swing of things hobby wise I've a few projects sitting on the painting desk that I'm wading through. Nothing really  to assemble at the moment but I will be grabbing a few Ork bits and some of the new Space Wolves in a week or so. In the meantime, however, I'm trying to make some headway painting these.

First up are the characters from my Blood Ravens army which I wanted to get at least tabletop ready. This is just the independent character mostly - If I'd included the sergeants then I'd have twice as many models to sort out. Techmarine Martellus, Captain and Chapter master Angelos, Librarian Orion, Captain Diomedes, Chaplain Mikelus and an Apothecary. 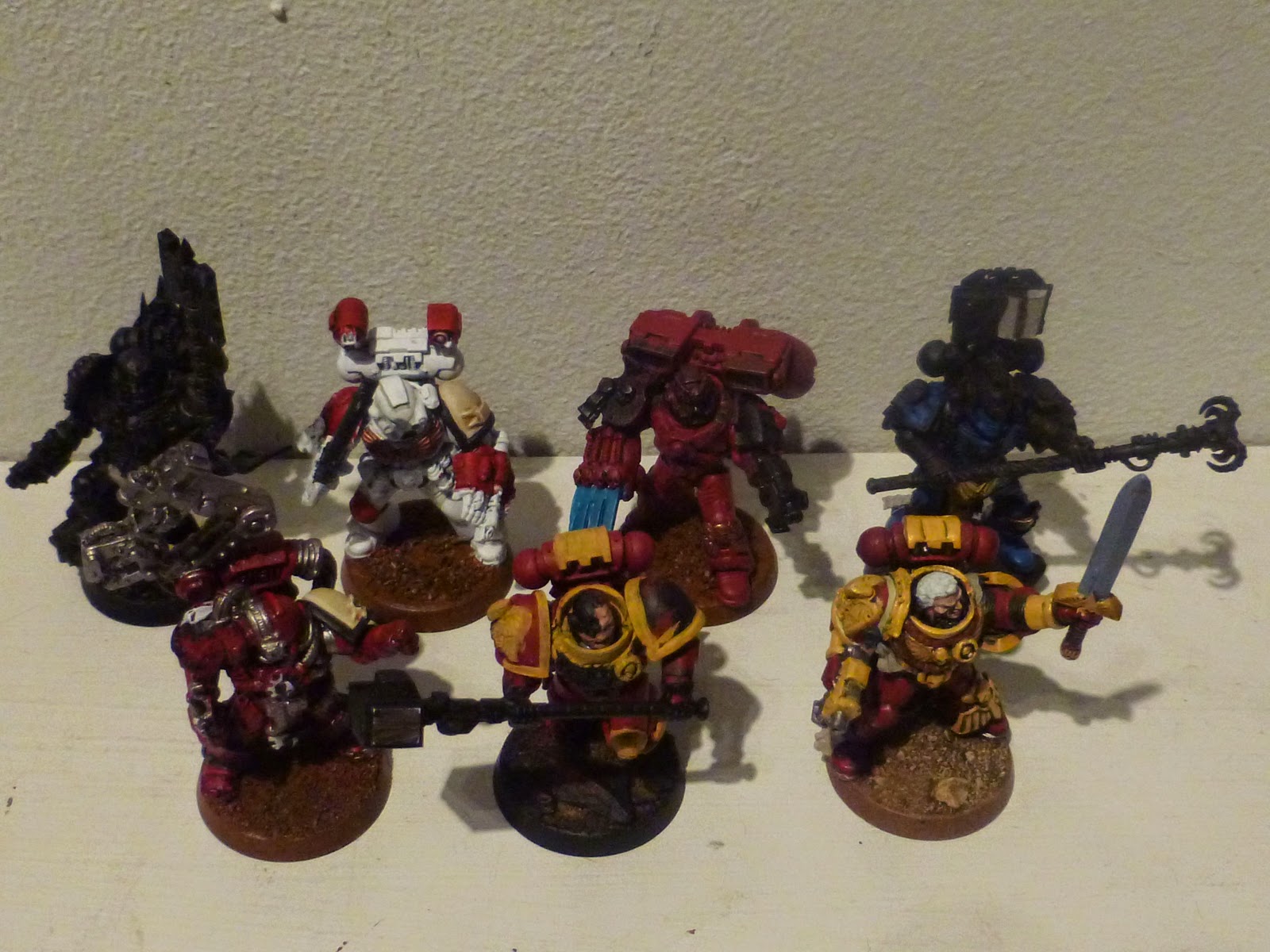 Next are the outstanding incomplete models from my Iron Hands army. Effectively a third Venerable dreadnought, Terminators captain (just needed some touching up), Chaplain (again, mostly touch ups), 2 techmarines, 2 masters of the forge with different loadouts, a third master of the forge on a trike, the stalker and hyperios AA turrets, Terminator librarian, 5 honour guard and 6 devastators which are from a recent space crusade purchase. Once this little lot is done I hope to add the last finishing touches to the army - a bike command squad, drop pod and making the devastators and honour guard up to 10 man squads. 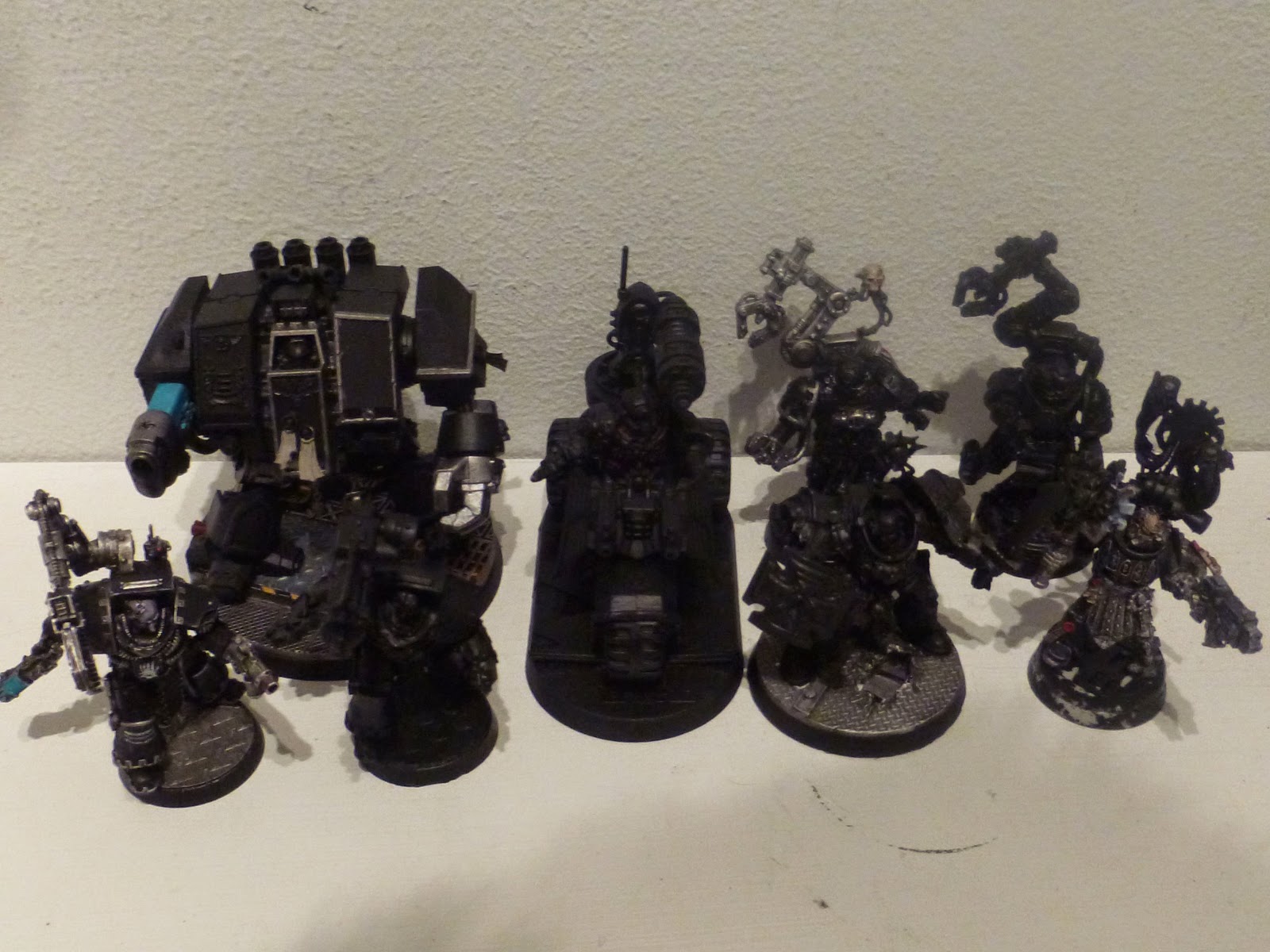 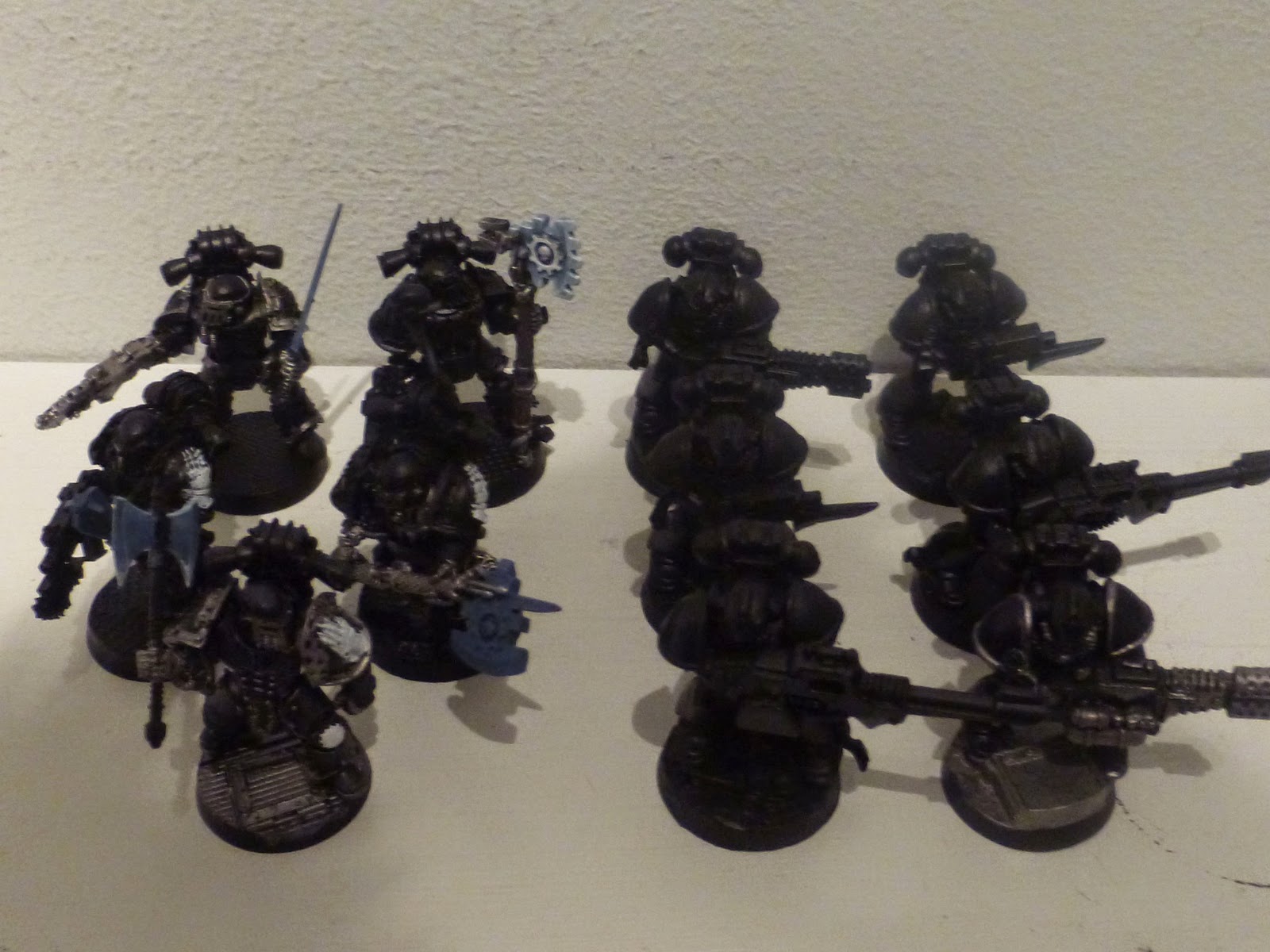 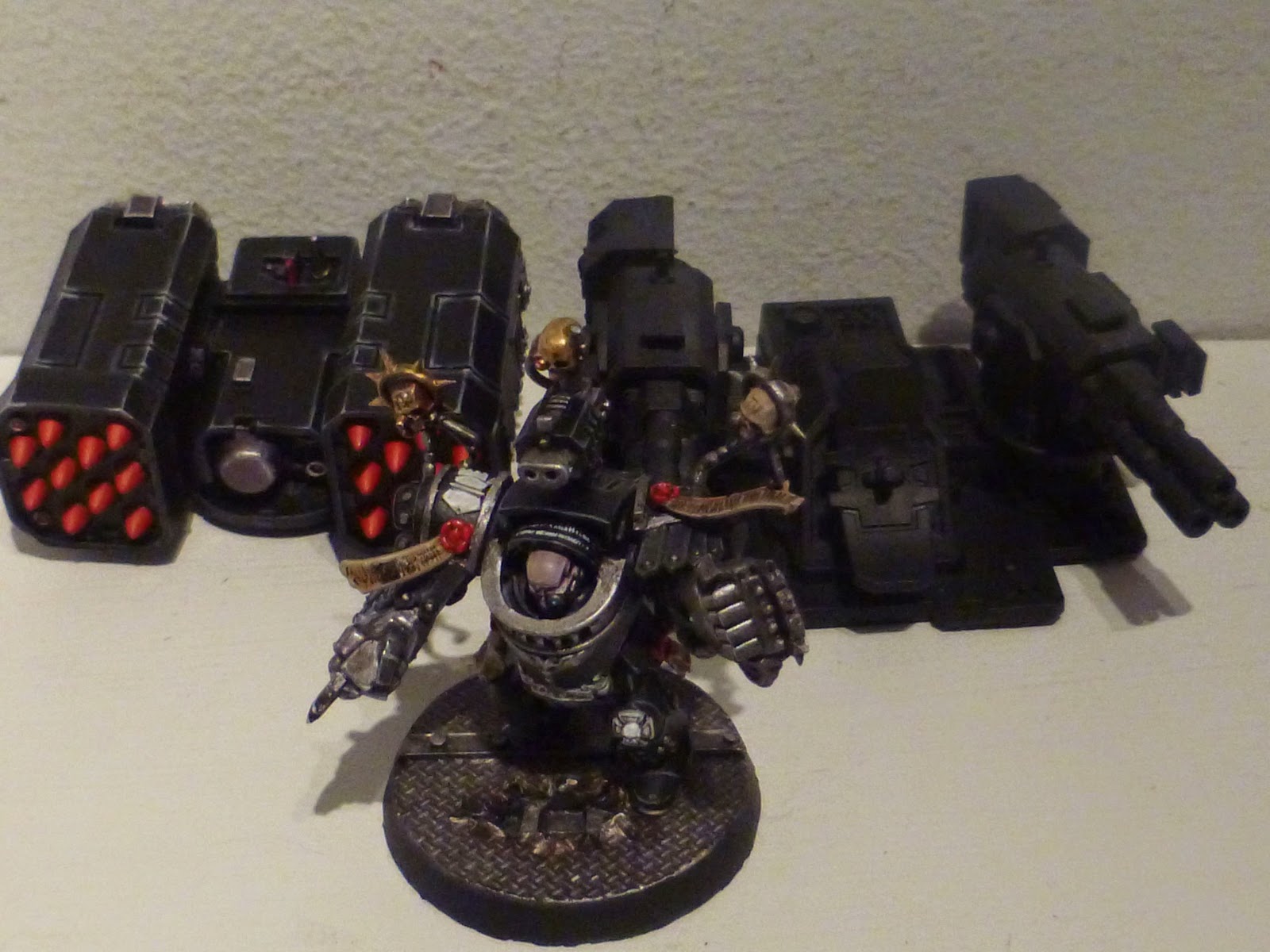 As an aside, I recently bought a Space crusade mission dreadnought set. Out of it I got a chaos dreadnought (remarkably decent scale considering the age), some androids (necron warriors), 3 tarantulas, 6 heavy weapons marines (now iron hands) as well as some spare heavy weapons, including 3 conversion beamers 1 of which I've already used on the Iron Hands Master of the forge. A good little purchase and actually these models have aged pretty well considering. 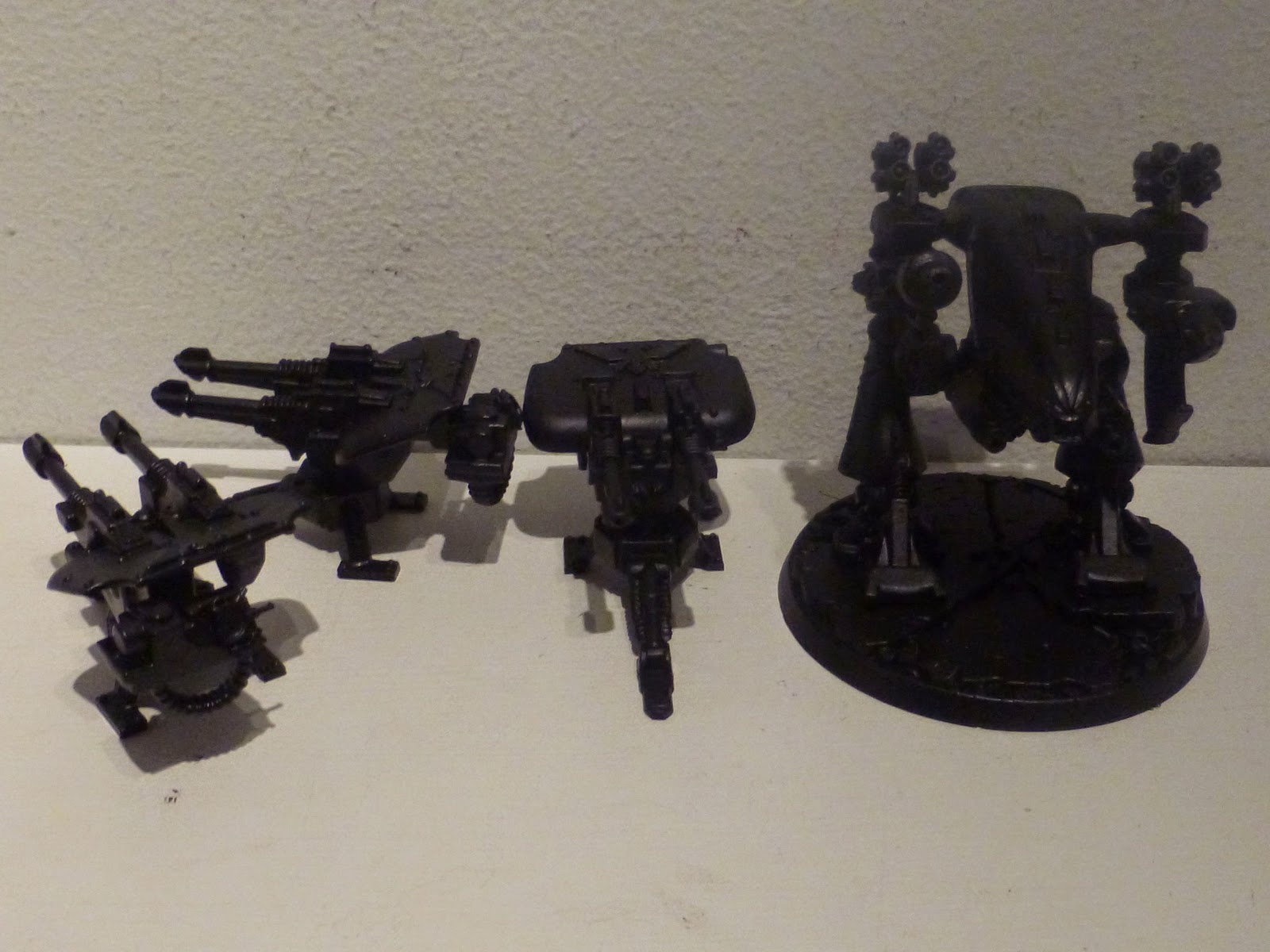