FIRST post of 2016 - much belated hobby progress and musings


Hello folks.
Reports of my death have been greatly exaggerated! It only just occurred to me the other day just how long it has been since I shared a blog post. This will be my first post of 2016 shockingly, due to many factors. Firstly, 40k has been a bit dry first quarter, and thus there's not really been much to comment on. More importantly things have been super busy in non-40k related terms and I have in that period sat exams, got a new job, sold and bought a house.
All in all pretty nightmarish, and though I have found time for hobby sadly the blogging side of things has suffered. The vast majority of my stuff is packed away with only a few armies and models being left out to work on over the next few months around the time of the house move, but at least that brings some focus to what I'm aiming towards. Now that's out of the way, I'll run through what's been going on these past 3 months. 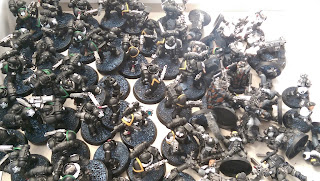 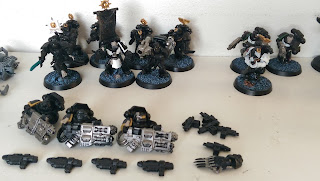 Raven Guard:
I've added the last elements to my battle demi-company and have also given these chaps a Command squad made from the FW kit. Most importantly, and something I'm working towards with all the SM armies, I have rebased the entire army onto 32mm and pretty much basecoated every model except for about 10 stragglers. Very happy with how these chaps have come out - I only have a couple more purchases planned for them in the form of the two 30k squad types to use as vanguard / sternguard respectively. 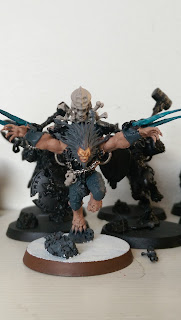 Space Wolves:
I added 5 Wulfen to the army, which as it turns out are gorgeous models. I am currently hoping to spend a couple of days on the army both updating them to 32mm bases and also updating my original wulfen models to be wolf guard using some spare parts from the new Wulfen kit - seems that particular pack is more influenced by their presence. I do love the new Ulrik and Iron Priest models and have added them to the never ending wishlist. 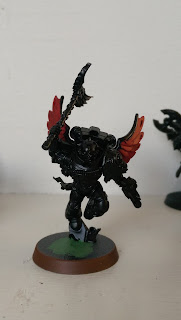 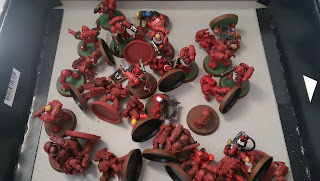 Blood Angels:
Couldn't resist adding the gorgeous new Chaplain model to the army and at the same time I invested in another tactical box, replacing 10 of the older more static members of the army with newer models. I also went all out and replaced 90% of the marines onto 32mm bases, leaving just a few chaps (DC and characters) on 25mm for now until I spray up some more 32mm bases. The Blood Angel army is my largest and most beloved but sadly never quite gets to the point where I'm happy with it. My new policy is to focus more upon getting models to tabletop standards (i.e. one coat on everything) so from a distance they are respectable, rather than painting up squads to a high standard, which takes a lot of time. To this end I am trying to paint up a demi company to those standards as a starting point. I'm about halfway there and hope to be done by the summer in between other things. 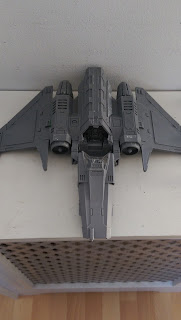 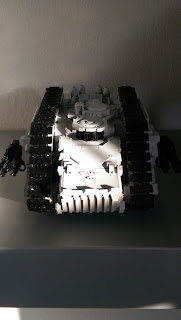 Luna Wolves:
The last real project army amongst my marines. These chaps got the final piece to the puzzle when Betrayal at Calth (still not played it) came out. With a couple of exceptions, every model was donated to them and thus the ranks of the wolves swelled to almost double the size. As well as these models I also added both a Spartan tank and Xiphon Interceptor to them. My main aims are as follows with the army between now and Summertime. Firstly, get all the models assembled and sprayed white. (or black in the case of Abaddon and his Justerein) Secondly, as none of the models are on bases and the resin bases I have for them are all 25mm, I'm going to have to either use 32mm adaptors to make them al up to size or buy/make some 32mm bases for them. This in itself is a massive undertaking and will take some time. Once all this  is complete, the army will still be a few models away from completion, needing some accessories and a couple more tanks, but the back of the beast will be broken. 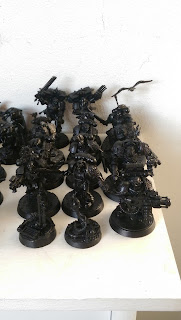 Deathwatch:
What a treat this set was. Beautiful and characterful minis galore. I had to restrain myself from getting two sets for conversion potential. Ultimately head won over heart though and I stuck to the one set. I have a dozen deathwatch that I have made previously and so will be great alongside these chaps. Saying that though, when I built the new deathwatch models I gave them industrial bases to match the board, so now they have a similar theme to my Iron hands (need updating to 32mm) and are out of synch with my old deathwatch models, which are still on 25mm 'alien' bases. The bases incidentally were easy to make using a pair of dividers and some textured plasticard. Not only some glorious models but also a fantastically fun game - Dan and I are about halfway through the campaign.

That's all for today folks. Will be posting on other blog in 2 days then here again with an exciting post on Friday. Cheers.