It dawned on me a few weeks back that blog wars 8 was less than 2 months away and that I had done very little towards it. Despite my love for my Iron Hands army I had promised myself I wouldn't be taking them this time around for several reasons. Firstly I'd like a change of scene and playstyle; secondly It would give me the incentive to paint up an army that would otherwise be sitting half finished in a cupboard somewhere. After much deliberation I narrowed it down to either Blood Ravens or Crimson Fists, with the fists ultimately winning the toss. However, to keep things interesting I built the list with a twist - a sternguard squad made from deathwatch marines and an Ordo Xenos Inquisitor would also be joining in the fun.

I made these chaps a long time ago and have made a few minor modifications to them since then. In fact, it was that long ago that the Space wolf is made up from older space wolf parts and the blood Angel only had the sword and head added later and thus sports regular marine armour and backpack. The theme was simple: one marine for every first founding chapter and Black Templars thrown in to make up the 10 (probably my favourite TBH). There are still a few missing elements in that their drop pod needs finishing and I have a couple of ICs (Blood Ravens Librarian and Crimson Fists Captain) also to paint up. Plus if this damn rain ever stops they need a coat of varnish. Between them and a few other models I've got off to  decent start with the Blog Wars army and although it will be quite the feat I'm hopeful I can get them done over the next month if I focus my hobby time into them exclusively. Updates to follow. Cheers. 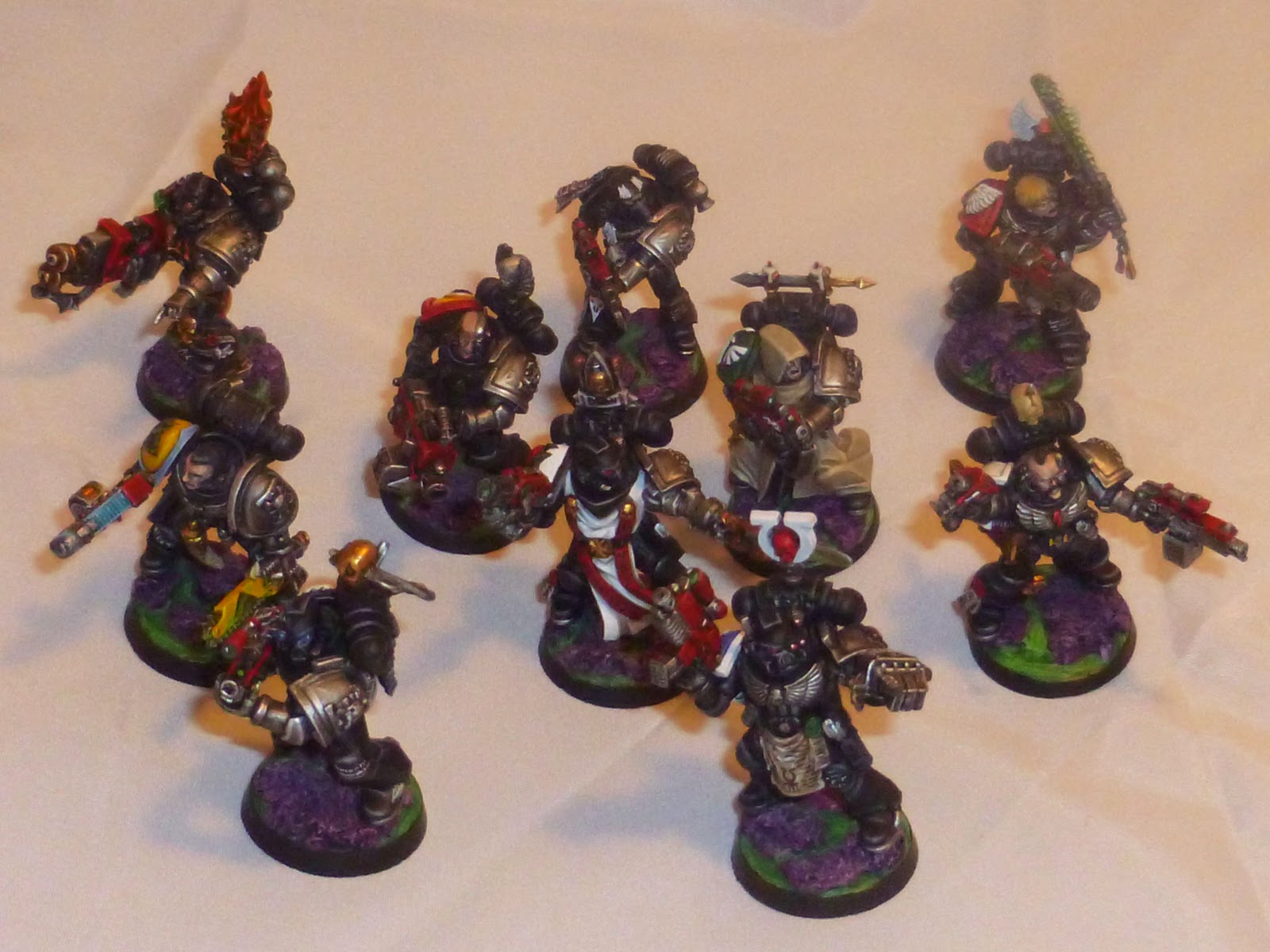 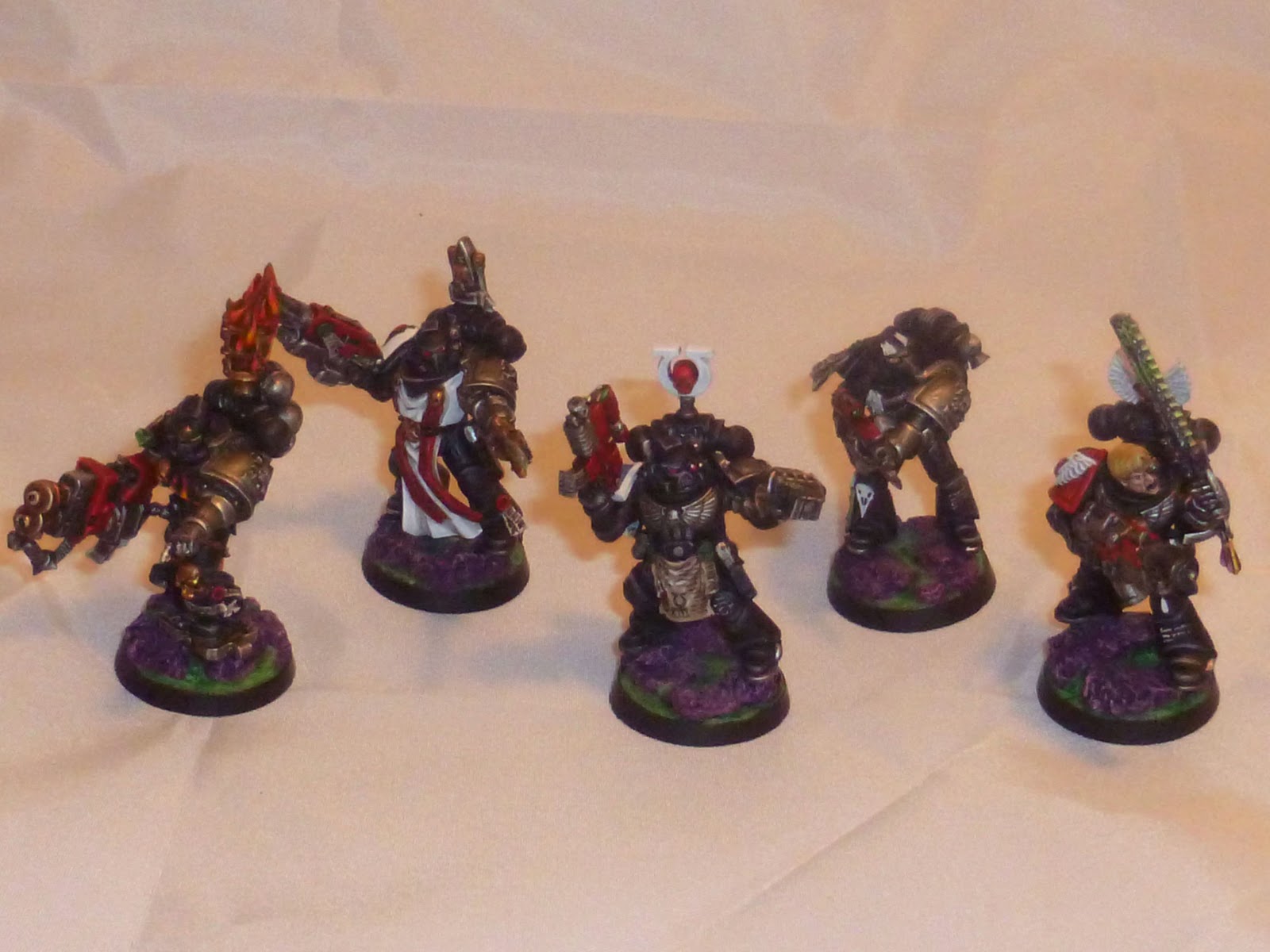 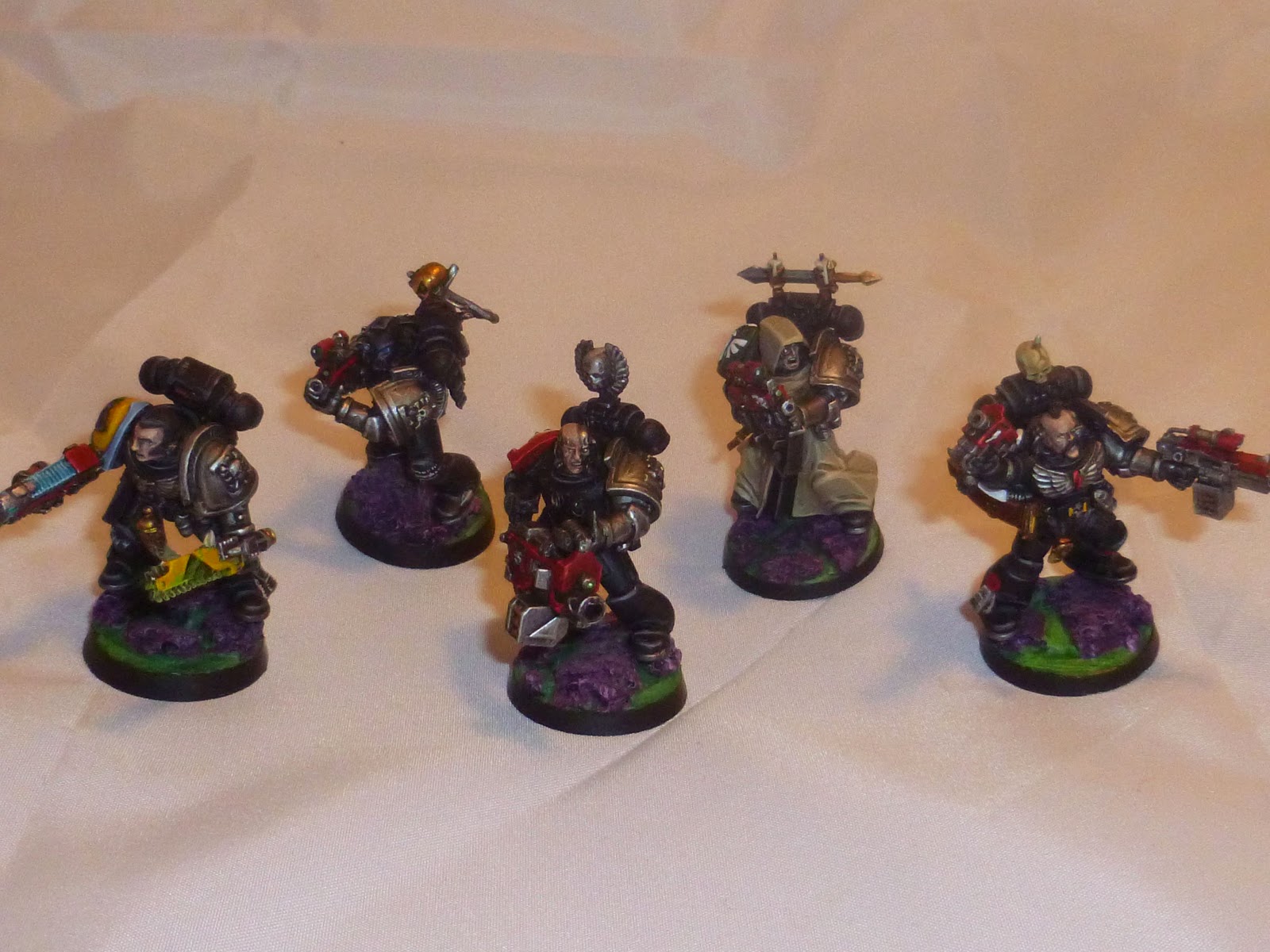 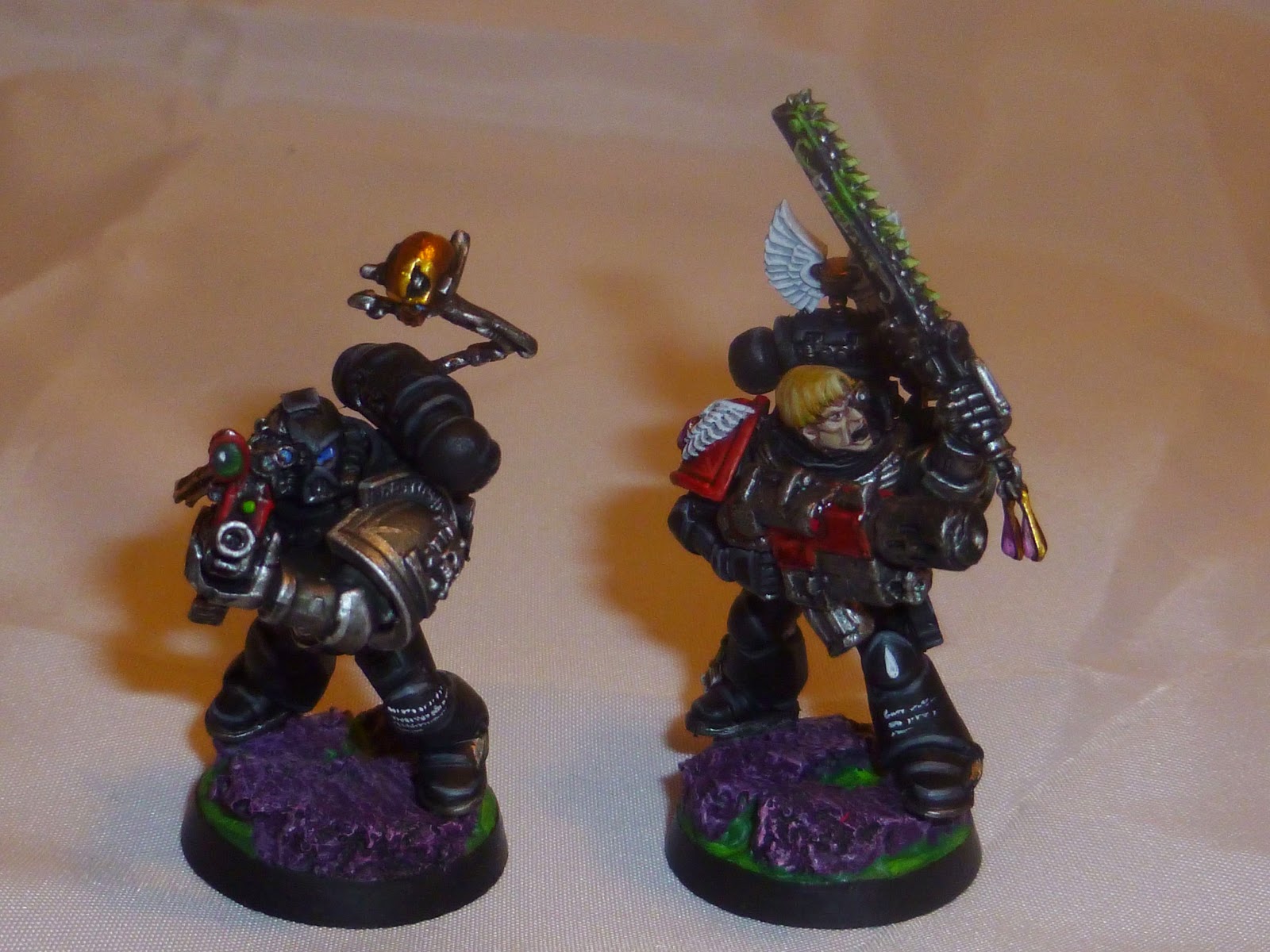 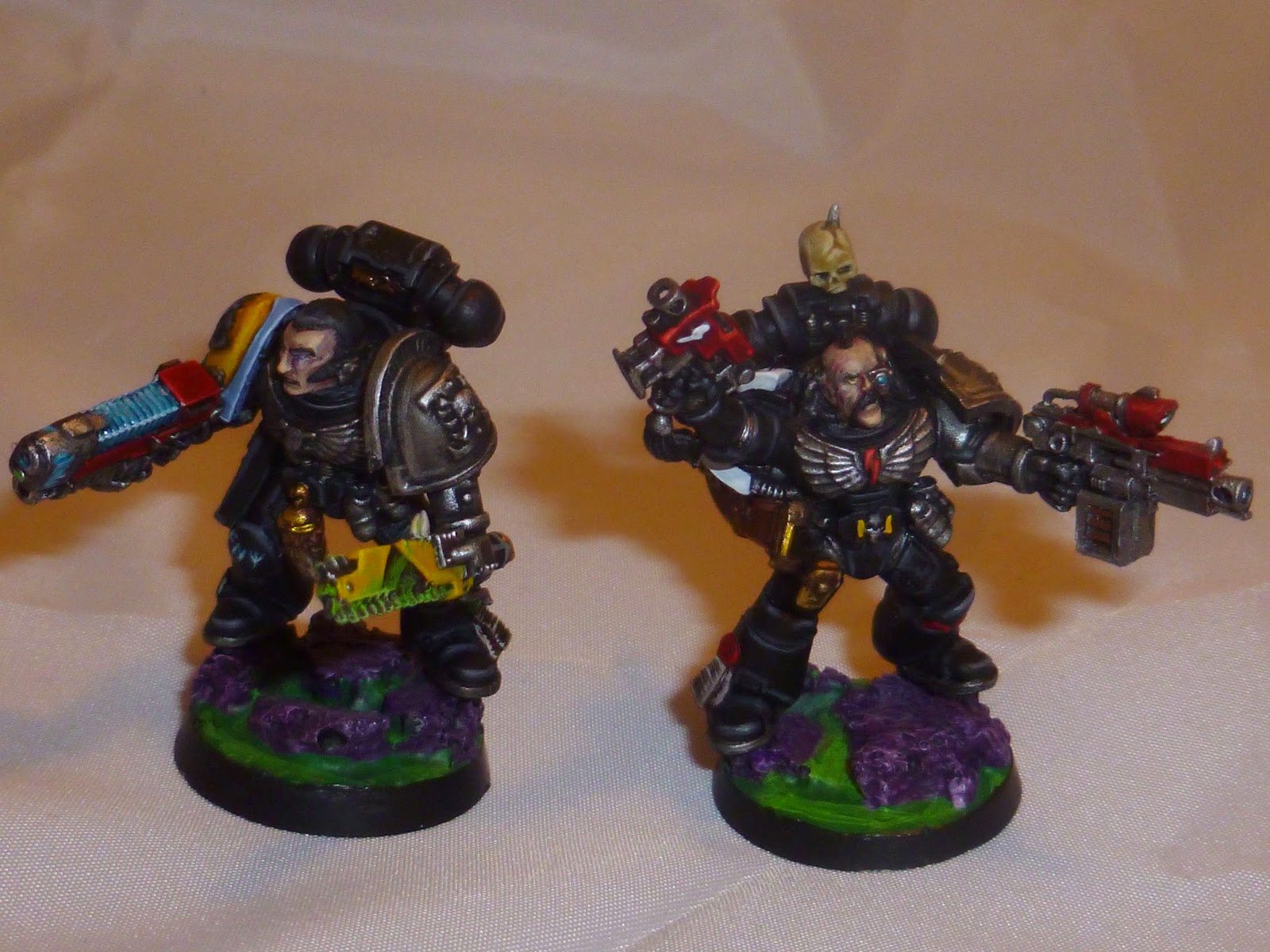 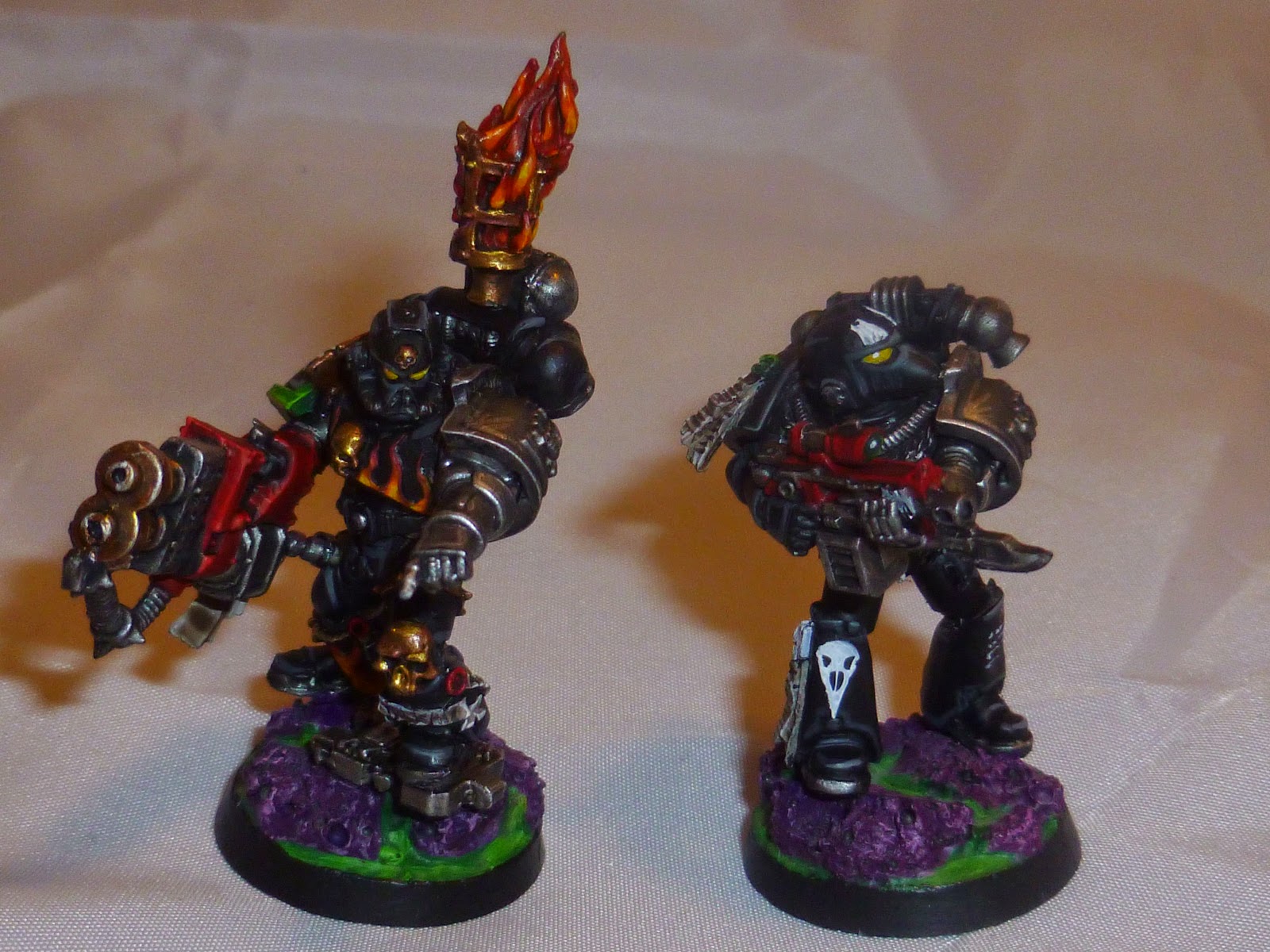 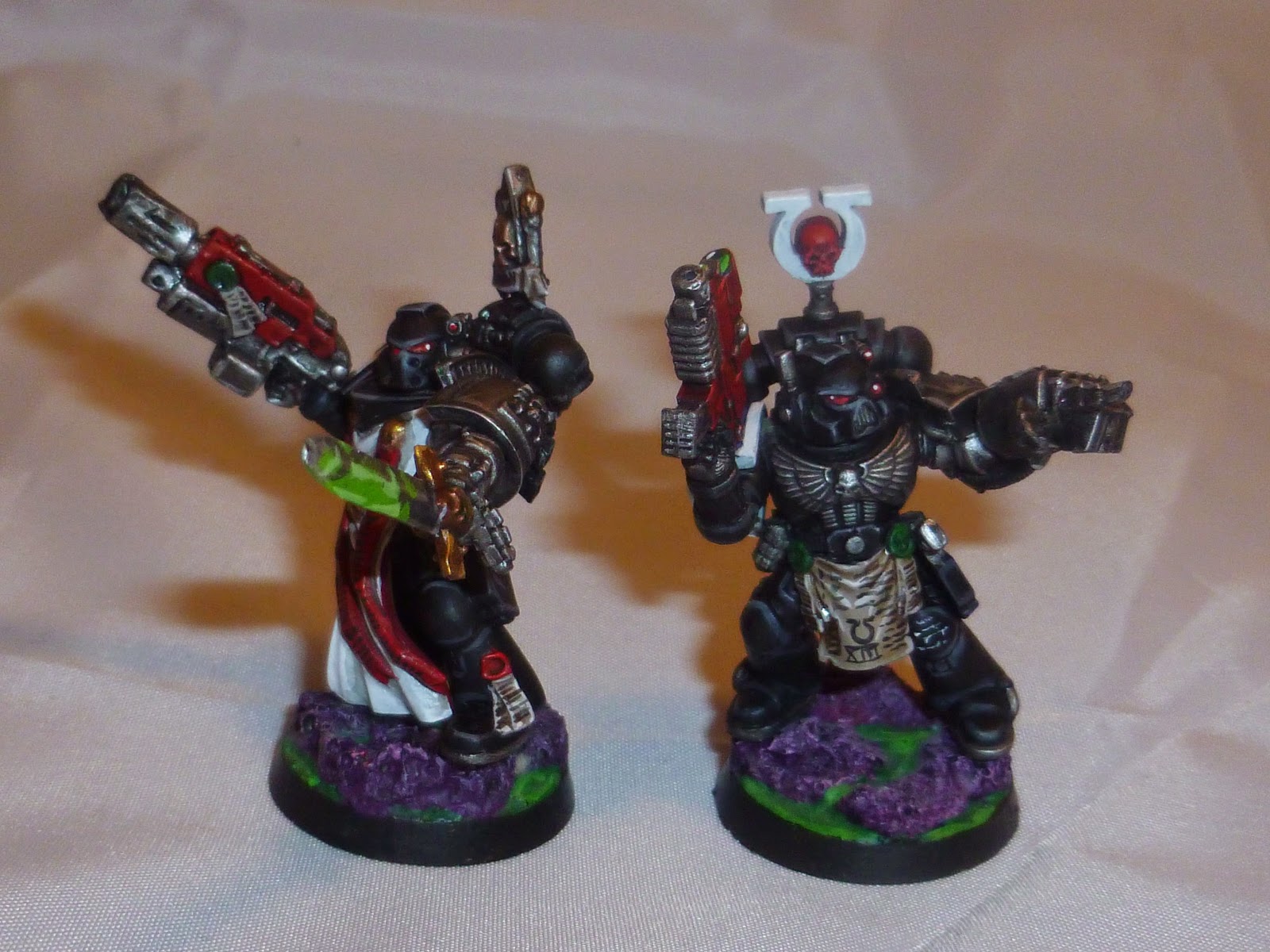 Email ThisBlogThis!Share to TwitterShare to FacebookShare to Pinterest
Labels: Painting