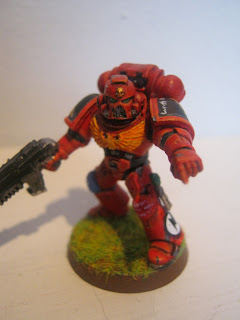 My very first love of Space Marines was all about the Blood Angels. Back when I first played them, (in both Epic and 40K) at the beginning of second edition, all they had was a metal death company with Chaplain to make them distinct from regular marines. When I revisited the hobby after a decade gap (back in 2007), I was thrilled to find how far they had come in my absence, as had the hobby as a whole. I immediately took on the challenge of making a new and exciting Blood Angel army.

Initially I used my older models, but soon found that the mere 30 marines and a rhino, while adequate for 2nd edition, didn't make a thrilling army in 4th edition. I therefore began to bolster and ultimately replace some of the older models with the vastly superior newer ones. Fast forward 9 months and I had a fairly large army, having built it up to a full battle company (thanks for assault on black reach) with a few supporting vehicles. Then, came the release of Codex Space Marines. 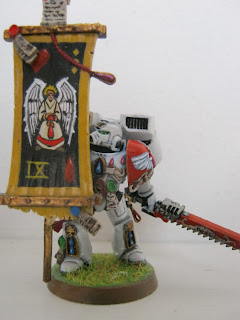 At first I just tried C:SM a few times proxying my models, but the allure of scout bikers and other new shiny units made me want a codex army more and more. Unable to decide which Codex army I liked the most, this was the start of my descent into Space Marine madness. I split off various different portions of my BA army and reformed them into new chapters. The Bikes for example, became Whitescars, the second land raider became Salamanders etc. My battle company remained intact, but the supporting elements were depleted as I focussed more and more on different armies.

Then fast forward to the release of Space Hulk and the new Blood Angel Codex/models, and my interest in the Sons of Sanguinius was reinvigorated. My army presently stands at around 6000pts and will shortly be bolstered by 2 dreadnoughts and a stormraven to make it complete. (and painted for the most part) The army list is rather extensive, so I will post it up at some later point. 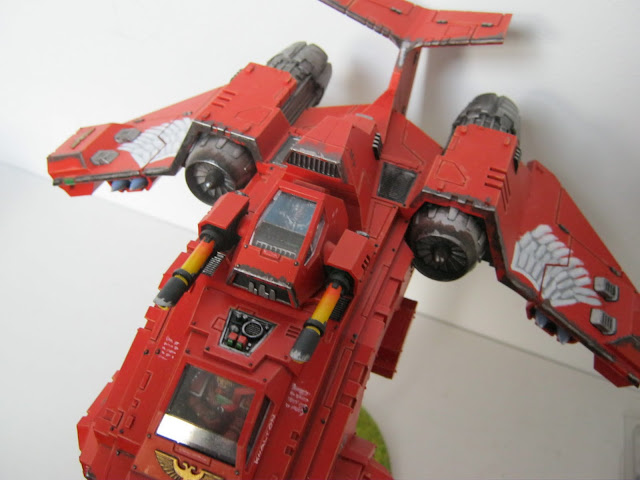 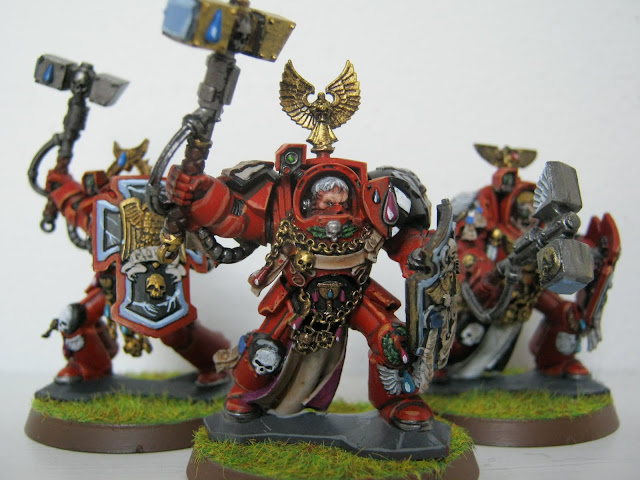 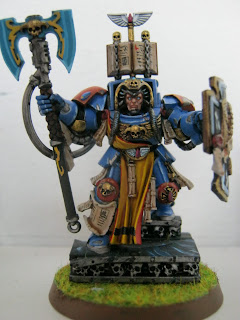 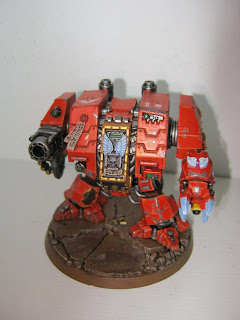 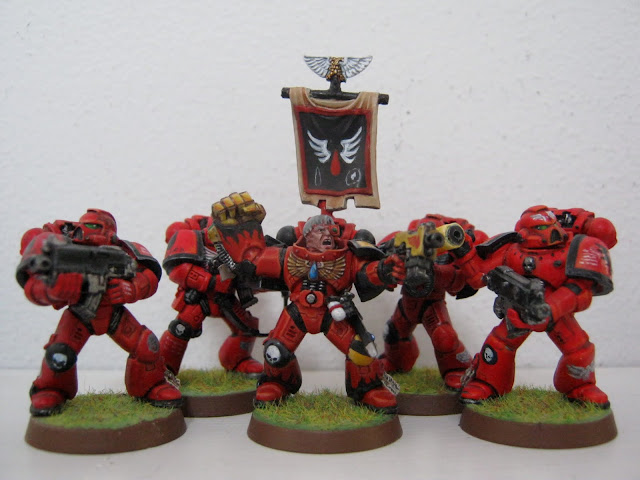 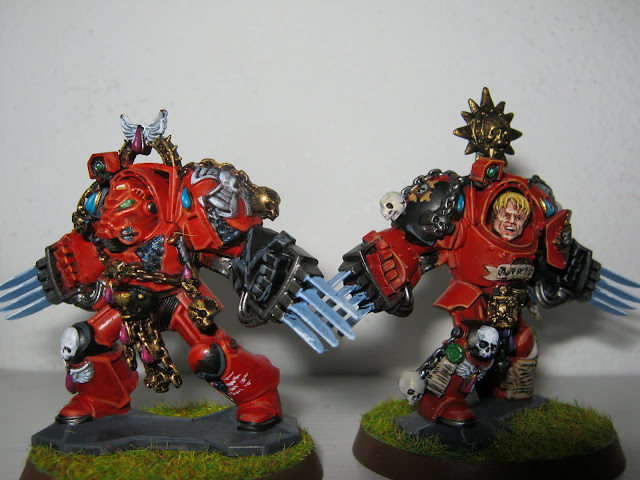 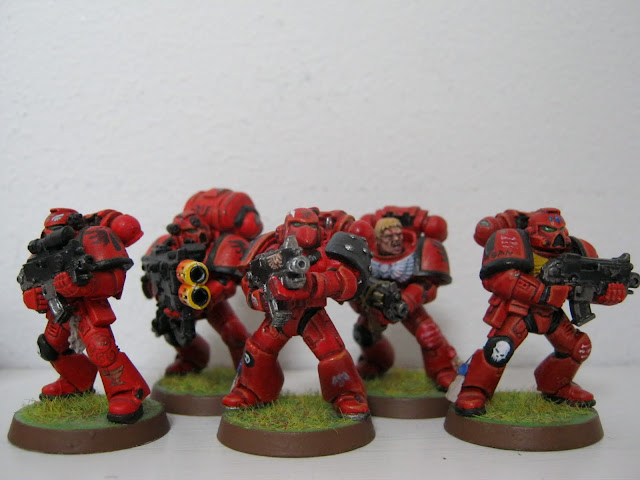 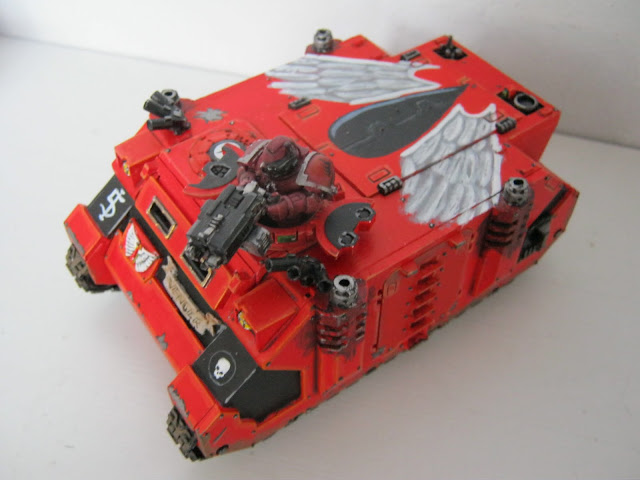 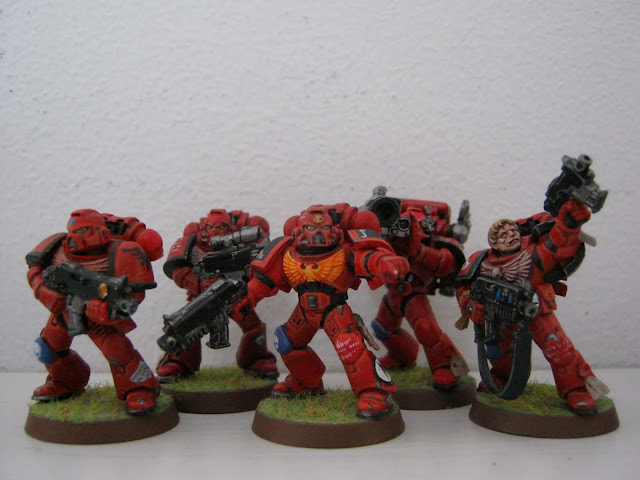 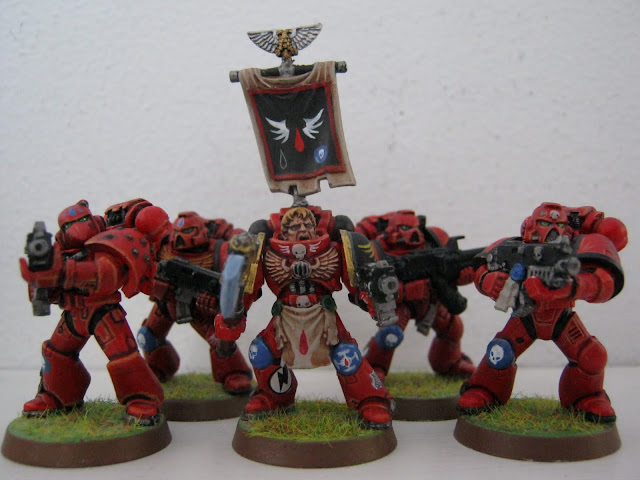 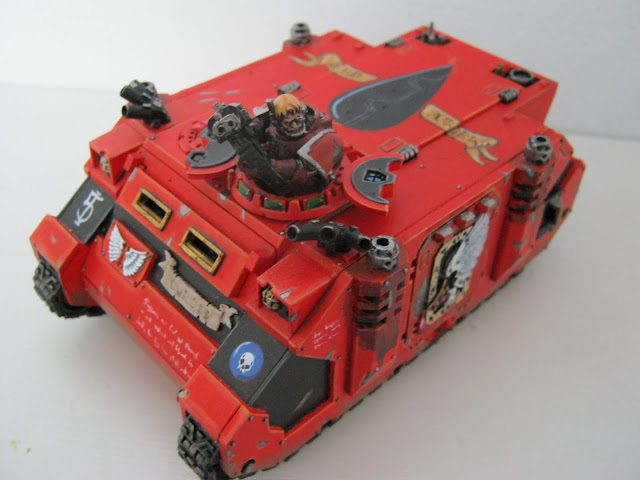 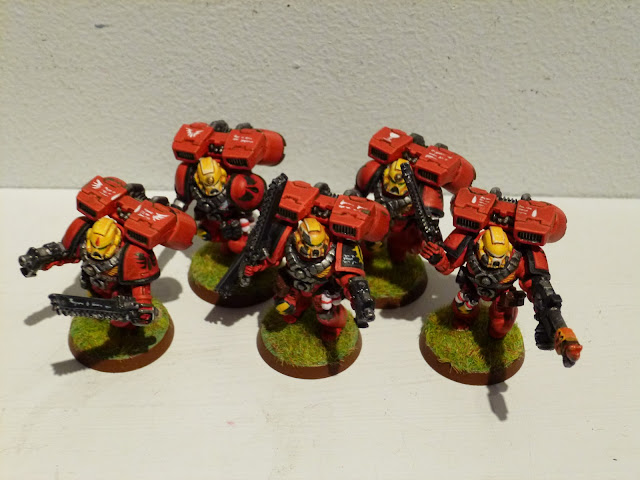 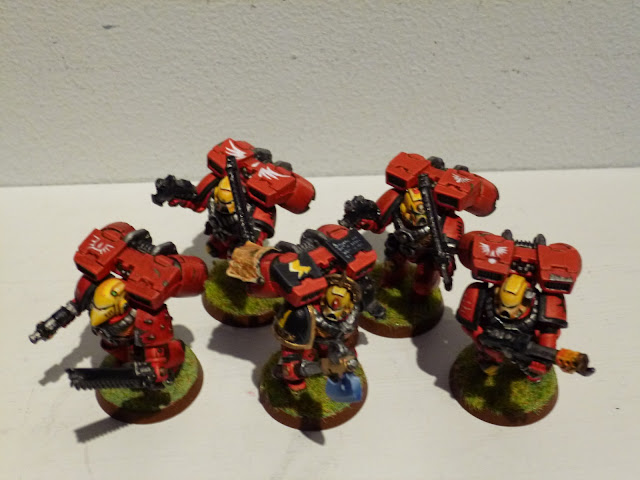 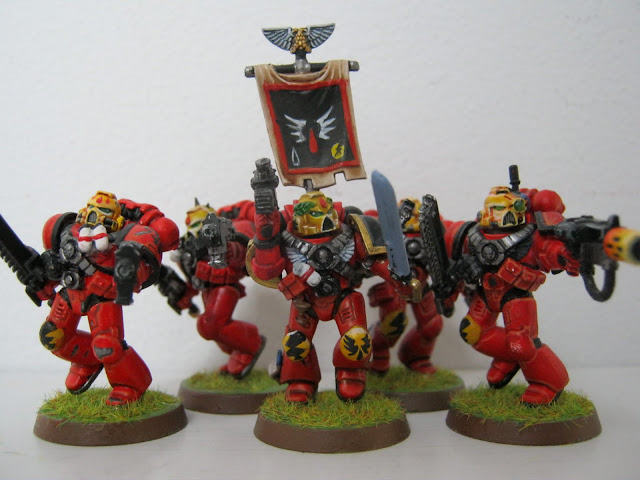 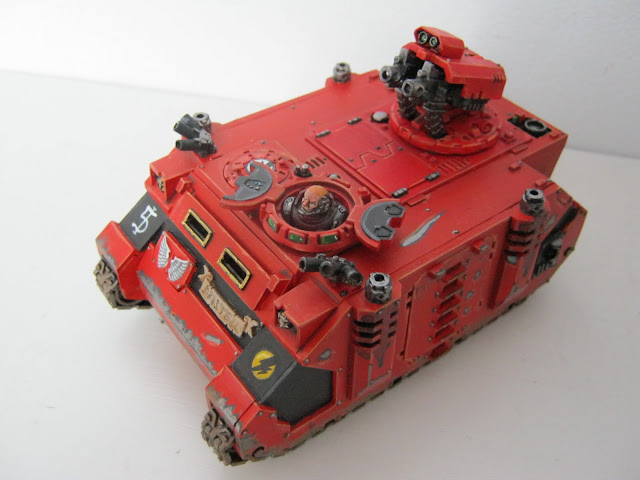