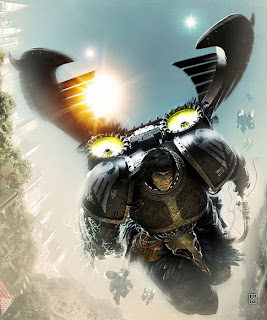 Raven Guard, the sons of Corax. These are one of my more recent army endeavors, partly inspired by reading the recent Horus Heresy Novels. So I got to looking which models I could salvage from other armies, and came up with a few scouts, a drop pod, land speeder, a venerable dread and enough tactical/assault troops for a decent sized army. Add in the scout passengers from a couple of land speeder storm and a couple of character models and I had my army. The theme of the army was a rapid strike force that infiltrated on foot with limited vehicle support. 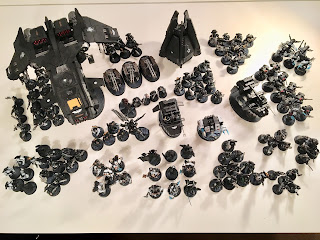 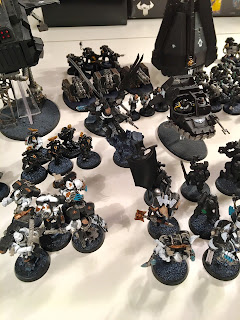 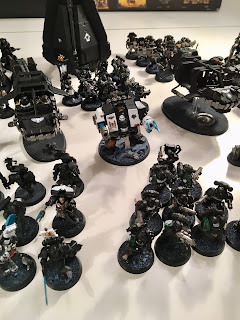 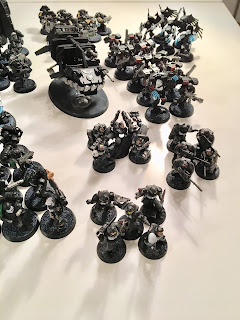 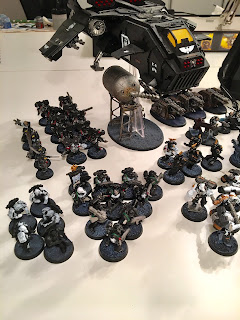 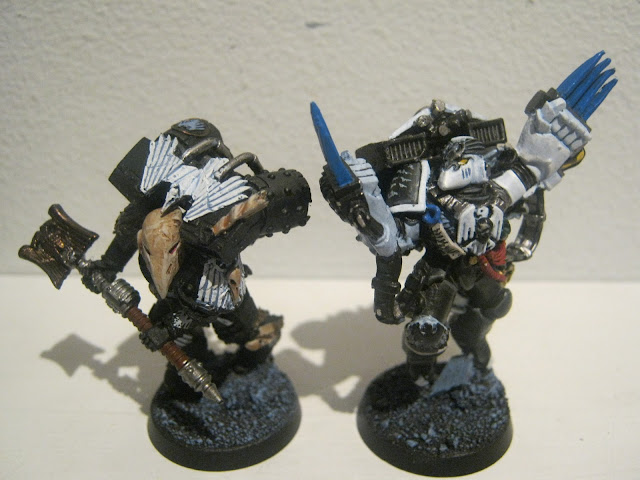 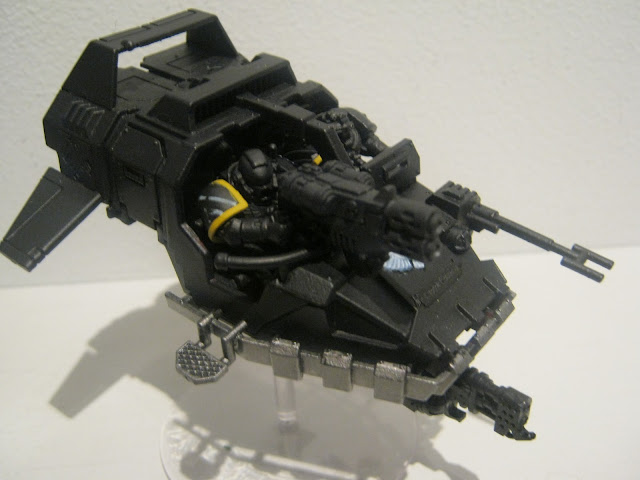 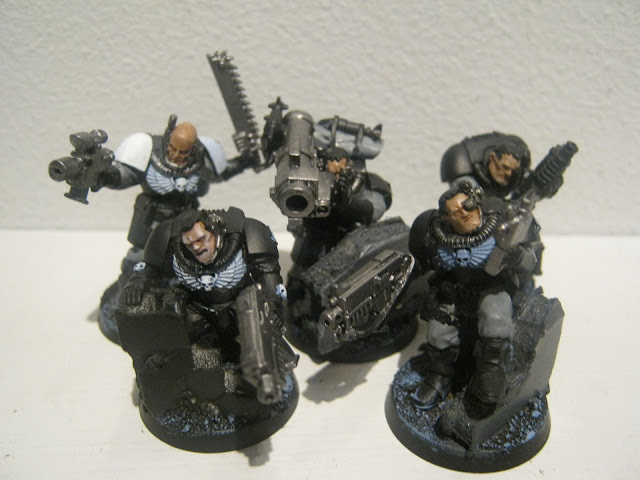 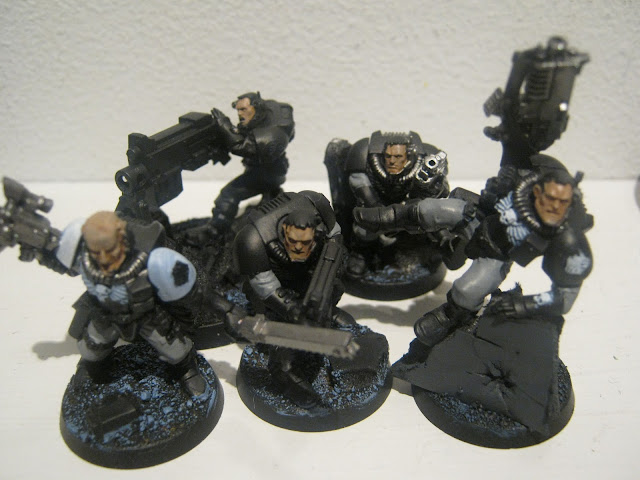 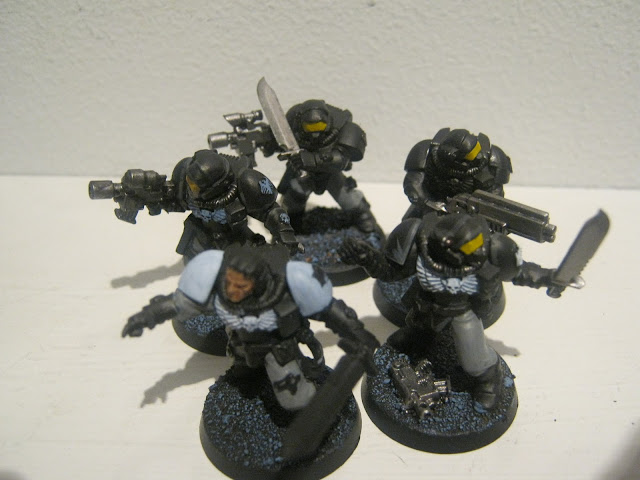 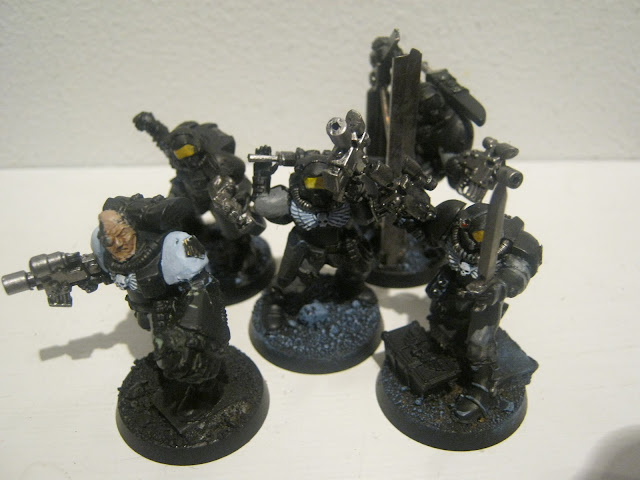 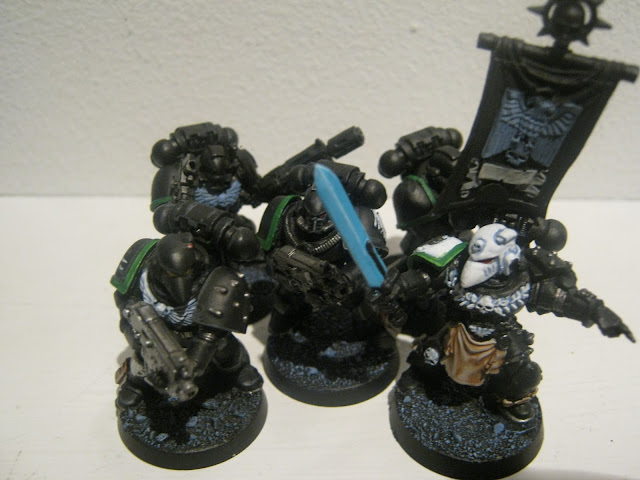 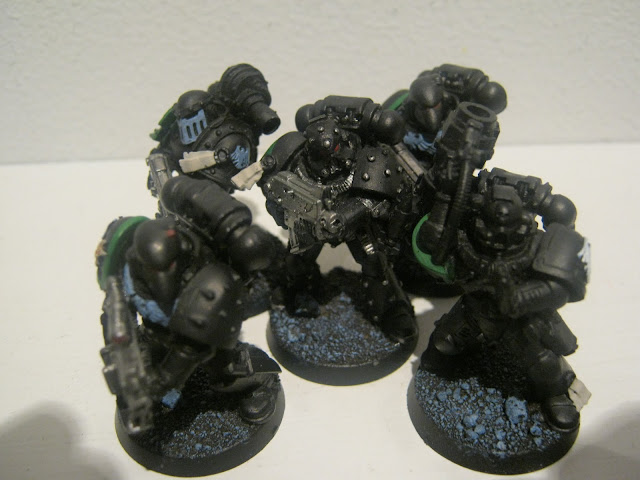 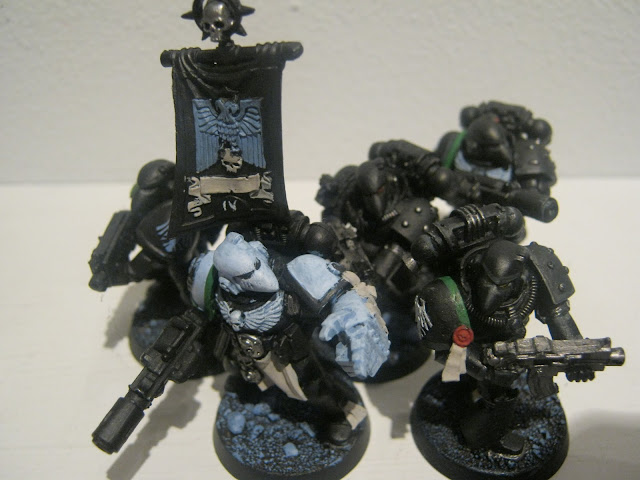 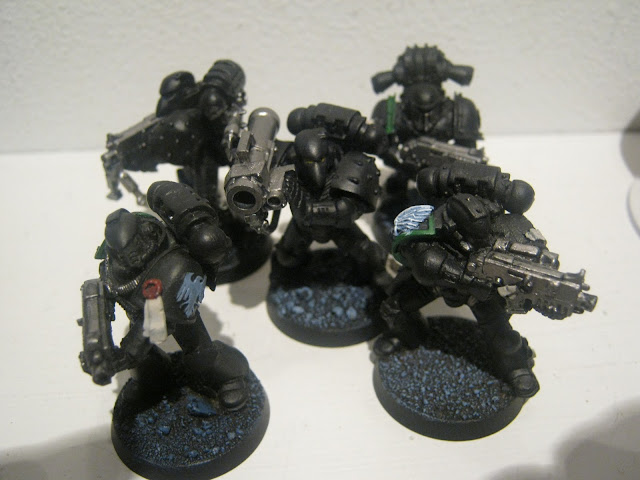 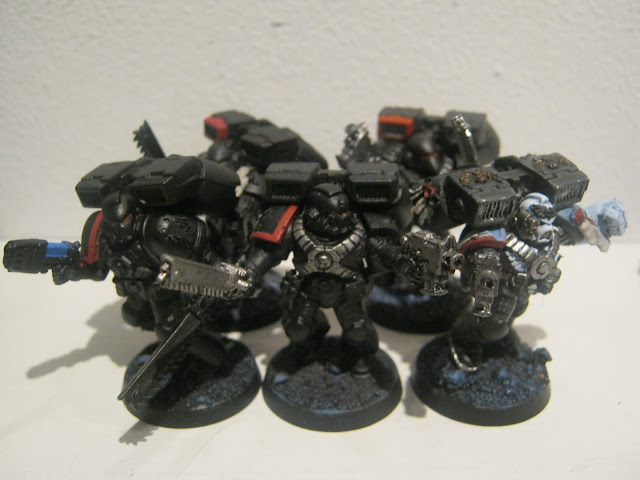 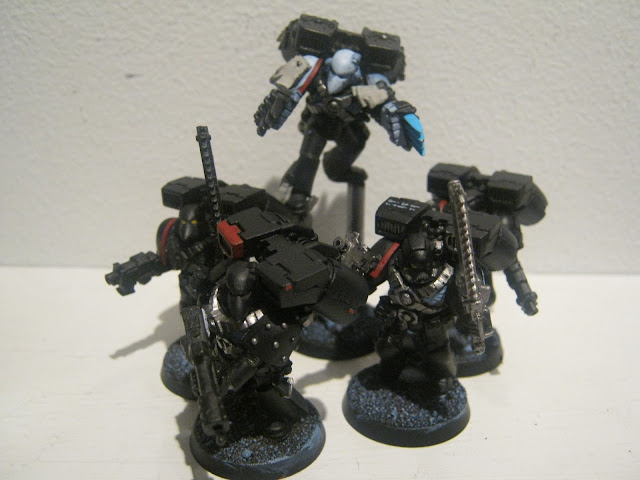 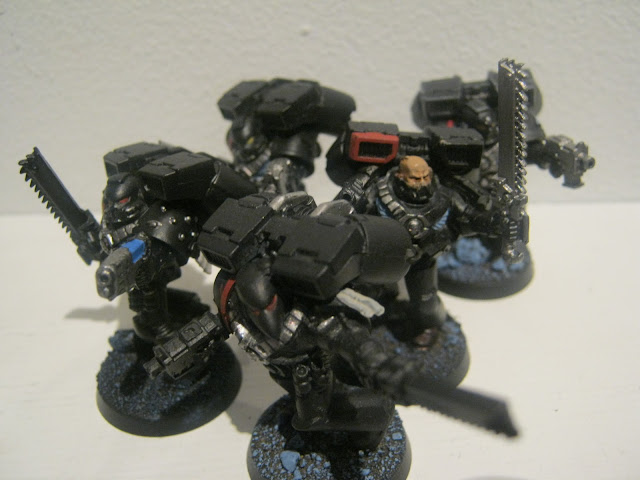 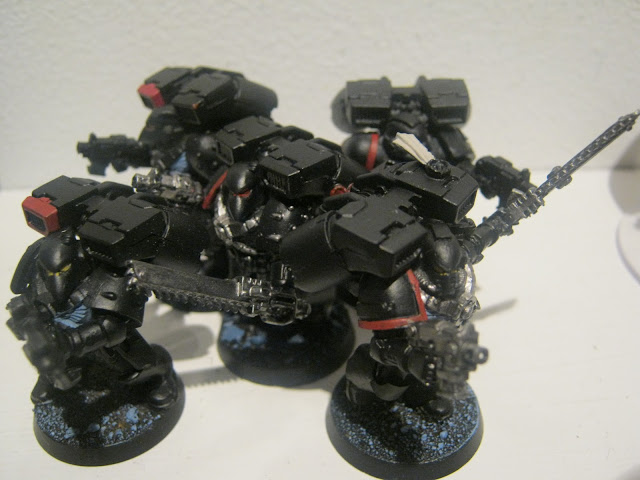