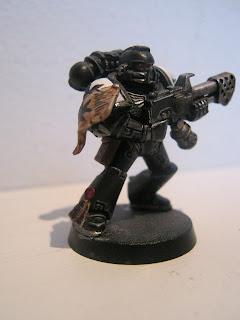 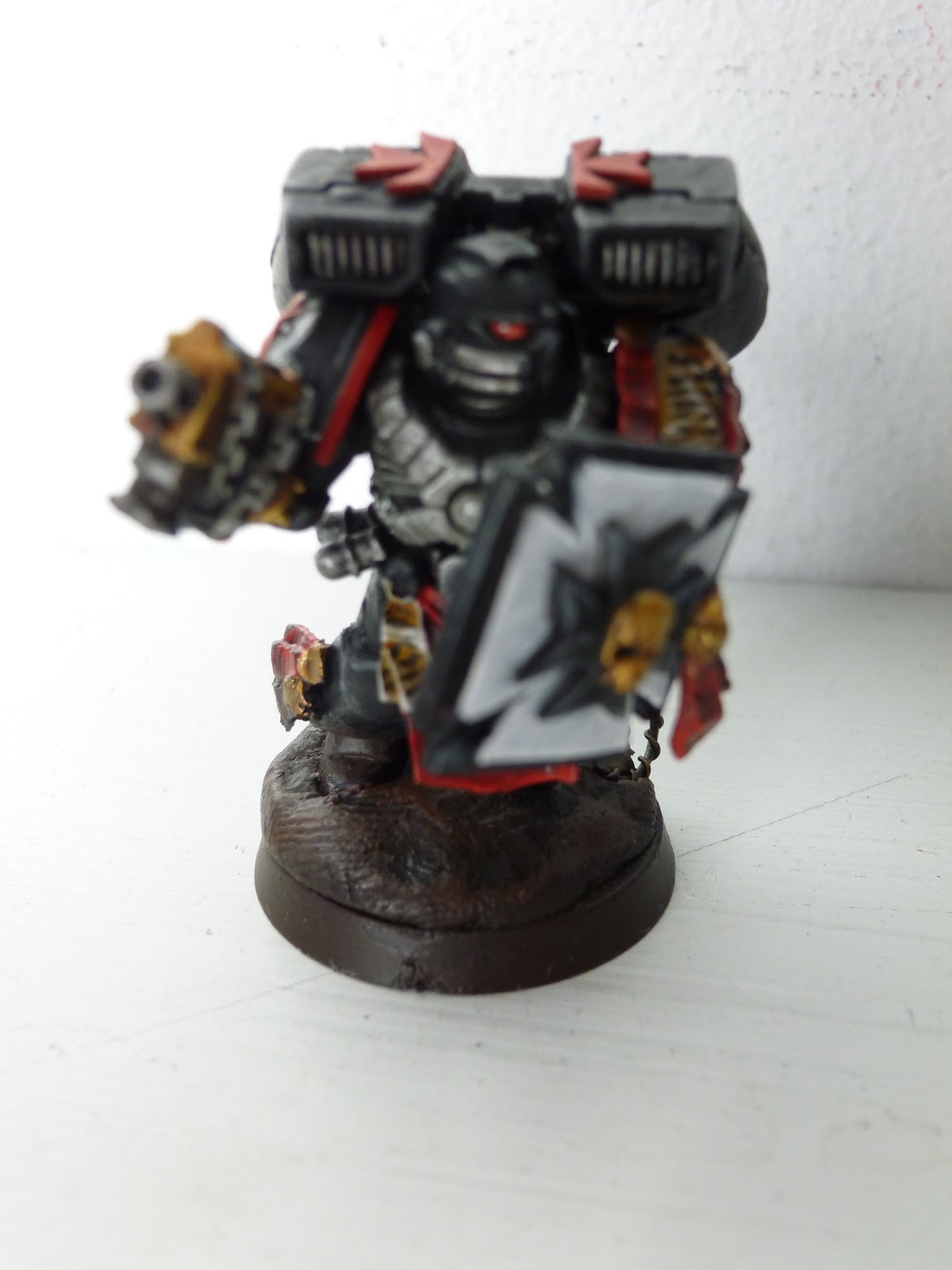 Templars were the last of the mainstream Space Marine armies which I assembled in the lead up to the 6th edition codex release. It's an infantry heavy army with a Chaplain, Emperor's Champion Marshall and  Captain at the forefront. The Elites section boasts a 5-man vanguard squad, a dreadnought and 5 terminators converted to have robes and grey knight heads. The Troops section boasts a whopping 50 infantry designed to make a variety of different crusader squad combos. Fast attack boasts a bike squad and land speeder while heavy support has 3 converted Centurions. Of course, no Templar army would be complete without a Land Raider Crusader and a couple of rhinos. The army is mounted on milliput bases plus razorwire/debris etc to give the impression of being a muddy trench-line the Templars are charging across. 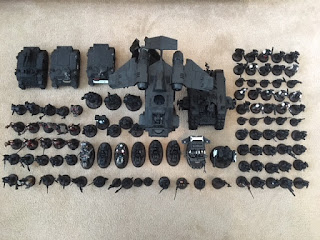 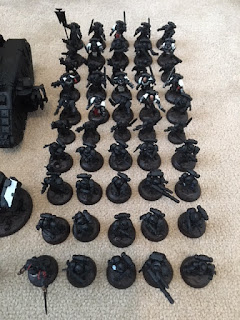 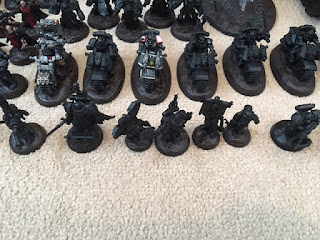 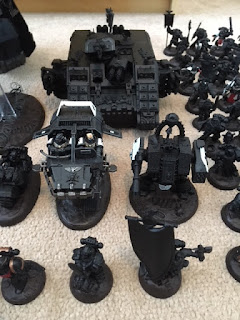 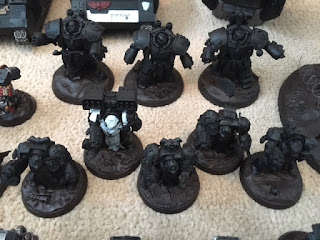 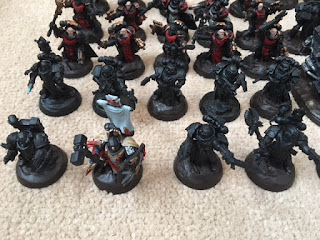 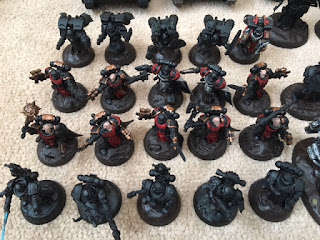