Thoughts on new release and codex format plus tactical objectives

I'm back from a few weeks away and thought I would scribble some random musings down. 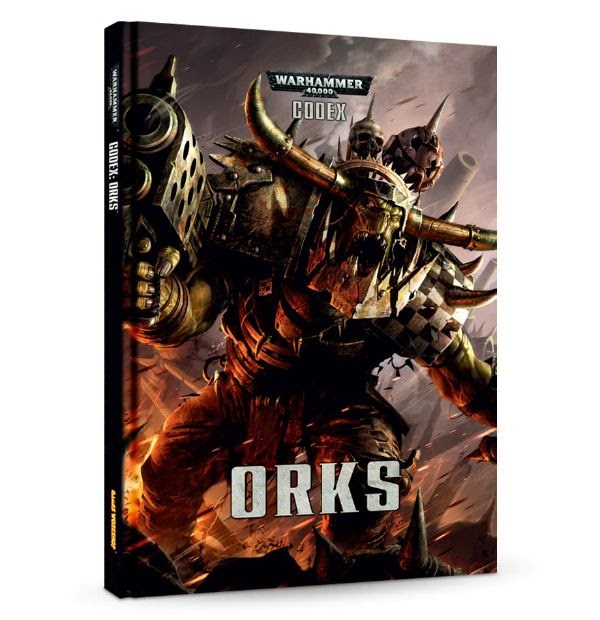 Having now looked through the Ork codex I thought I would talk a bit about the changes (on the inside at least) that we have seen with the first of the 7th edition codexes. I am glad they didn't change the outside appearance  general look of the books as they have been one of the highlights of 6th edition. It now seems that the entire first half of the book is given over to background and fluff, which is a good thing IMO. We then skip straight past what used to be the bestiary section and get into a colour photo section. This is shorter and different to before and more or less showcases a single collection of Orks in the same style as Warhammer visions tends to.

The next section begins much as the old army list used to with a how to use and armoury page before launching into the new datasheets. These are effectively 1 page each (made possible by the 6th ed reversion to the armoury) which combine a picture of the model (no more art), a much more brief description and then the stats, options, special rules and points costs for the unit below. I wasn't sure if I'd like this to be honest but, once you get used to the idea, it actually makes a lot more sense and removes the repetition and page flicking of the older books. It's pretty much clear now though that if a unit doesn't have a model it will be getting one or be getting axed (including special characters) from the codex release. Fine for necrons, but maybe dark eldar should be worried.

Lastly is the appendix section, which contains all the stuff which used to be earlier in the book, such as psychic powers, army special rules, wargear and weapons. Again, it makes more sense to have this handily at the back next to the fold out summary sheet and so I approve of the changes, I should backtrack a bit and also mention that the datasheets now include lords of war and formations, bringing a sense of unity to the new, broader scale of 40k gaming. Added to this there is a special Ork detachment and missions, which spell things to come for other armies also.

In conclusion I heartily approve of the changes here and, although some of the 6th ed books might seem outdated by this move, the amount of downloadable content and WD weekly content thesedays is a sure to keep armies relatively up to speed before they get their own book. GW may be charging the earth for things but it does come across as a slick and quality operation that has a clear vision of where it wants to go with thins and is determined to drag us all, kicking and screaming if necessary, along for the ride.
Stormclaw and future releases 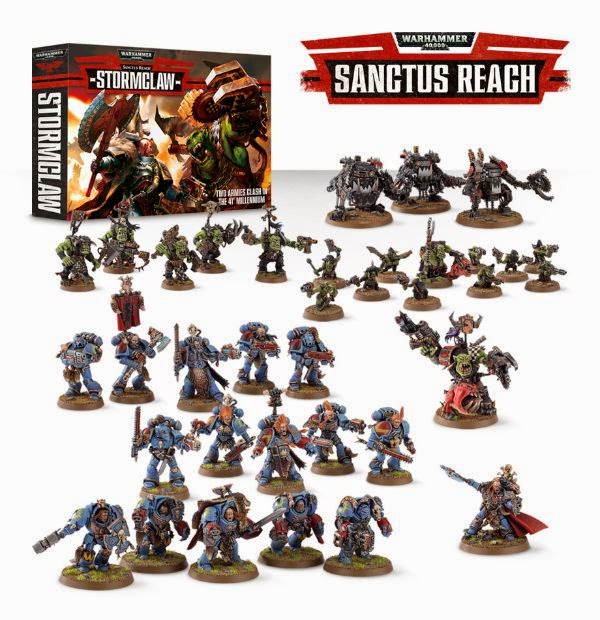 Now these ideas have got me excited. Not only is Dark vengeance returning to be the standard, background starter set with minirules included, but Stormclaw and indeed some other recent sets have shown a good change in direction from GW. The £55-75 army boxes seem to be being phased out and gradually replaced with a multitude of themed sets, some of which are limited run, others which aren't. The stormwing and accompanying eldar/tau sets actually offered great savings if you wanted everything inside - if not then just ebay the rest! Strike force Ultra seemed to be a gimmick to launch the rules with and also used the terminator captain (selling for upward of £60 on ebay!) to sweeten the already good deal.

Now though, Stormclaw has set a new precedent, which I hope is set to continue. So, GW aim to release a 3 parts campaign. Part 1 coincides with the release of codex A and it's model wave, which happens to be one of the factions in the campaign. Part two is then packaged up in a limited run boxed set containing older models from codex A and B along with a special character each, all for a bargain discount. Part 3 of the campaign accompanies the release of codex B and its model wave. Sounds like a great strategy to me. Seeing as the Imperial codexes are pretty much 1:1 with non-imperials it seems they can continue this trend as long as they wish. Blood Angels Vs Necrons, Dark Eldar Vs Sororitas, then finish up the Codex updating with Grey Knights Vs CSM and we're back to the beginning again. Fingers crossed this trend continues as I think it's a great way to both increase hype, release new campaigns, limited models and offer some discount to existing players. 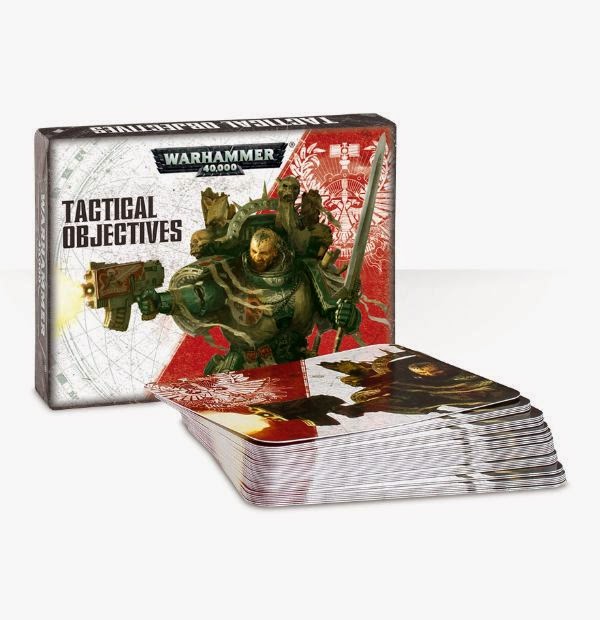 Just as a quick footnote I wanted to mention that the few and only games of 7th I've played have been Maelstrom of war missions and I've loved them. They add such a great dynamic to play and the fact that each army may well be getting a few specific objectives of its own is great too. It encourages much more tactical play than the standard missions IMO and you need to be forever on your toes as you don't know what you or your opponent are going to be aiming for next turn. If you haven't played them yet I highly recommend it. Cheers.
Posted by Jimbo at 13:52