Today is the turn of the two scout squads in the Heroes of Badab. Firstly, a squad of Sniper scouts of the Raptors chapter, which seemed only fitting given their preferred tactics and Primarch origin. The second squad is from the Exorcists chapter, which boast an impressive 3 scout companies. Note the hexagrammic wards and freehand chapter symbol. Sadly for now there won’t be many more entries for a while as I have no other squads to paint up in different schemes, only a few vehicles, which are too large a project to quickly bring to the fore. Keep an eye out for more in the future though. 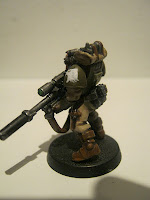 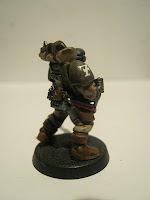 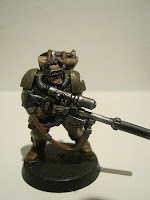 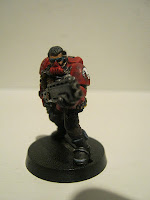 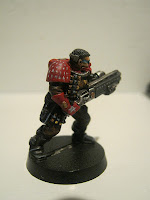 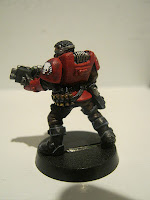 Email ThisBlogThis!Share to TwitterShare to FacebookShare to Pinterest
Labels: Heroes of Badab